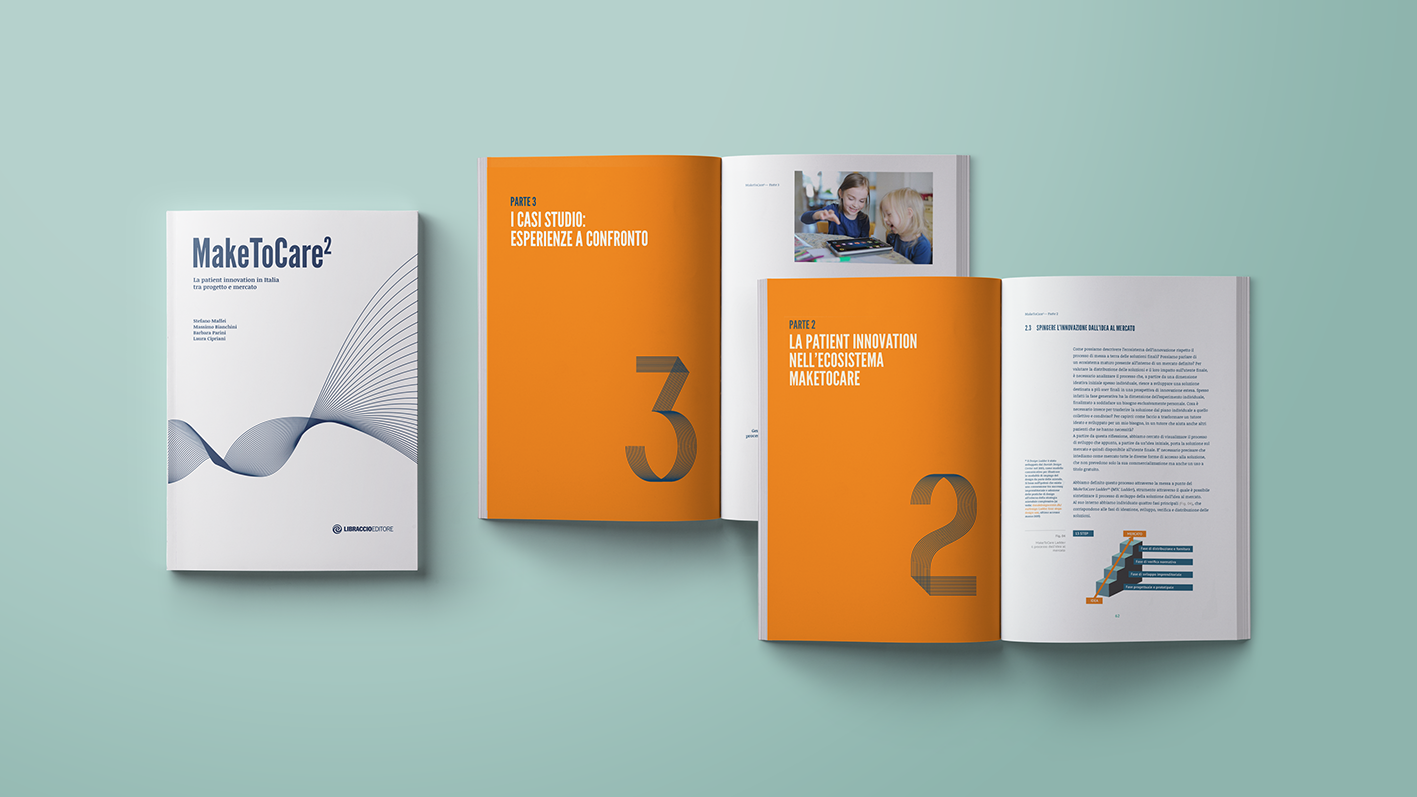 MakeToCare2 continues the research activity started with the previous report entitled MakeToCare. An ecosystem of actors and user-centered solutions for innovation in the healthcare sector (2017), which proposed an exploratory path aimed at outlining the development guidelines of a scenario: that of contemporaryhealthcare combined with maker culture, in a rapid, profound transformation.

This second research continues the reflections initiated in the previous one, deepening some themes, particularly investigating the entrepreneurial dimension of innovation.

The Report is divided into three parts:

1. some external contributions from scholars, researchers, protagonists, and experts who have been invited to reflect on the different dimensions of healthcare innovation in order to outline a reference framework. What emerged was a multi-faceted reflection, with a series of considerations regarding the importance of those involved in research in the guiding and tracing of new development paths, the critical issues but at the same time the great potential of the initiatives triggered by patients and their associations, and the great challenges that the digital revolution poses to the world of healthcare.

2. an in-depth analysis of the MakeToCare Ecosystem and its connections with the phenomenon of patient innovation:the Ecosystem has been investigated and expanded to include new groups of subjects who are outside of its main areas but strongly connected to it. This set has been defined Enabling System, and it is divided into three subsystems (Regulative Institutions System, Support & Development System, and Promotion & Communication System), each of which identifies a precise area of intervention in support of the Ecosystem that guided the project selection. The previous mapping has been integrated and altogether presents 150 innovative solutions in the healthcare field whose data have been reworked and returned in aggregate form through infographic maps.

3. the MakeToCare Ladder, the analysis model developed to summarize the development process of healthcare solutions. Four main phases have been identified within it: conception, business development, regulatory verification, and distribution to the end-user. Through the MTC Ladder it was also possible to read the eight recent case studies whose analysis made it possible to highlight differences and characteristics of the various development paths faced by those who develop healthcare innovation.